Chargebacks are often the first sign a merchant gets that fraud has taken place, but they can also indicate other problems, including friendly fraud, where the merchant is not at fault and wishes to challenge the disputed transaction. With billions of cards in circulation globally, Visa’s rules around chargebacks are closely watched by merchants. The company recently announced it will be changing the rules regarding compelling evidence (i.e., evidence merchants can provide Visa that could prove the transaction was not true fraud, resulting in a shift of liability for the lost funds to another party). The company expects the new rules to go into force on April 15, 2023.

The new rules require, after ascertaining that the merchandise or services were delivered, that compelling evidence comprises at least two pieces of information from a list including IP address, device ID or fingerprint, shipping address and account login (and at least one of the two pieces must be either IP address or device ID). Additionally, merchants must connect the account used in the disputed transaction to two other transactions older than 120 days that were not reported as fraud.

While these requirements are more extensive than the current ones, under the new rules, if they provide the required information and the conditions are met, Visa says the liability for the disputed transaction will shift to the issuer.

Industry reaction to the changes has been mixed. While most merchants are pleased that Visa has acknowledged the problem friendly fraud has become and tried to address it with more certainty around the chargeback process, many feel meeting the higher standard will result in losing more disputes.

Card Not Present will have more on the prospective changes from Visa in the coming weeks, so stay tuned. 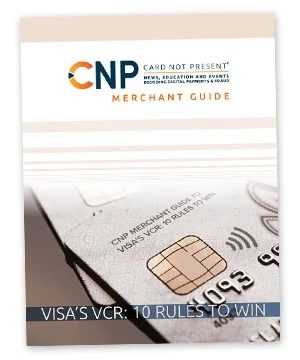