The pandemic’s effect on e-commerce in 2020 was well noted. That growth continued in the first half of 2021, although it seems to be moderating as the year goes on, according to a report from payments provider ACI Worldwide. The report, which looked at transactions across ACI’s network, found the number of e-commerce transactions grew 27 percent in Q1 2021 with another five percent growth in Q2.

The report said that growth, combined with more adoption of payment methods like e-wallets and Buy Now, Pay Later, created a “radically new fraud environment.” Mobile fraud increased in H1 2021 along with a seven percent increase in attacks directed at the Buy Online, Pickup In Store (BOPIS) channel, which grew significantly during the pandemic.

The ACI report also looked at various verticals. Travel and ticketing, which were among the most impacted industries due to shelter-in-place restrictions in many parts of the world, saw a $10 decrease in fraudulent purchase values compared to 2019, which is a large shift downward for goods with large average prices. This has continued into 2021, where the travel industry experienced a 24 percent drop in online sales in Q1 2021 versus Q1 2020, while online ticketing merchants saw a 65 percent drop. According to the report, however, there are strong signs of recovery in these verticals. ACI data for travel reports a 122 percent increase in transactions in Q2 2021 versus Q2 2020. This is in conjunction with a 20X increase in ticketing volumes compared to Q2 2020.

From a fraud perspective, attempts against gaming and telco businesses are up while most other sectors are seeing a relative drop in fraud rates as transactions begin to moderate. 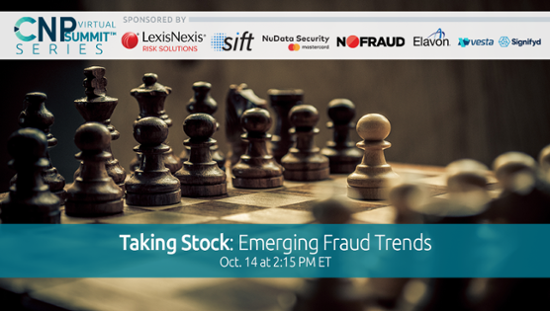