Report: Digital Payments Rise Along with ATO and Chargeback Fraud

This according to the LexisNexis Risk Solutions Cybercrime Report, January through June 2020, which analyzes data from more than 22.5 billion transactions processed by the LexisNexis Digital Identity Network.

“This is the first LexisNexis Risk Solutions Cybercrime Report to include data on the new reality of conducting business during a pandemic,” said Rebekah Moody, director of fraud and identity at LexisNexis Risk Solutions, in a release on the report. “The move to digital, for both businesses and consumers, has been significant. Yet with this change comes opportunity for exploitation. Fraudsters look for easy targets: whether government-support packages, new lines of credit or media companies with fewer barriers to entry.”

The report observed a 49 percent growth in e-commerce transactions. It also found instances of mobile devices being used for payment rising, with 66 percent of all transactions originating on mobile devices in the first half of 2020, up from 20 percent in early 2015. The Digital Identity Network also noted an uptick in transactions from new devices and new digital identities.

“We can attribute this to many new-to-digital consumers moving online to procure goods and services that were no longer available in person or harder to access via a physical store during the pandemic,” said LexisNexis in the release.

LexisNexis said around 1 in every 7 new account creation attempts tracked by the Digital Identity Network was identified as a potential attack.

The United States (U.S.) and Canada encountered lower overall attack rates in comparison to other global regions from January through June 2020. This is true across both desktop and mobile browser channels.

“There is a clear pattern of networked fraud recorded across the region, highlighted by large, interconnected e-commerce fraud networks in the U.S. This network saw at least $27.9 million exposed to fraud across five online retailers and one online marketplace. This network alone consisted of 850 devices, 134,000 email addresses and 61,000 telephone numbers,” the release stated.

Latin America experienced the highest attack rates of all regions globally and realized consistent growth in attack rates from March to June 2020. The attack patterns in U.S., Canada and EMEA had less volatility and fewer spikes in attack rates during the six-month period observed. 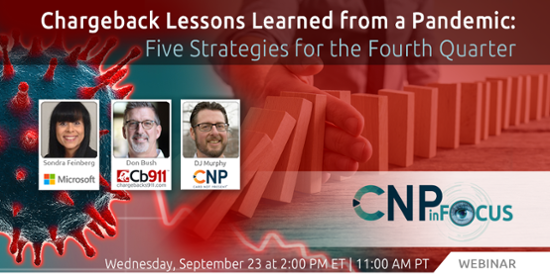