The 2019 holiday shopping season kicked off with a 29 percent increase in suspected online retail fraud compared to the same period last year. Research from TransUnion’s iovation also finds a 60 percent increase in suspected e-commerce fraud during the same period from 2017 to 2019. The findings are based on online retail transactions analyzed between Thanksgiving and Cyber Monday over the last three years.

Black Friday and Cyber Monday were the two days with the most suspected fraudulent activity among online retail transactions, the report said.

Mobile is also the preferred method for fraudulent online retail transactions, said iovation in a summary. The company found that a mobile phone or tablet appeared to be used for 63 percent of all suspected fraudulent e-commerce transactions during the long holiday shopping weekend compared to 59 percent from the same period in 2018. 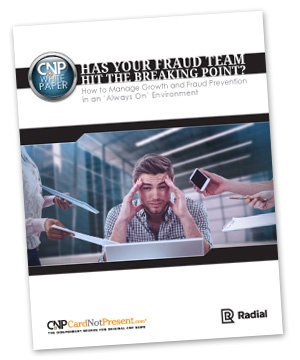