Pandemic Pushes Online Shopping Higher – Even into the Future

With new shopping habits set into motion, Americans are planning to order items online more often going forward than before Covid-19 became a global pandemic. That’s according to two new studies from CommercialCafe and Paysafe.

CommercialCafe, an online commercial real estate marketplace, conducted a nationwide survey with 1,013 respondents regarding consumer online spending habits before and after the pandemic struck. The survey was supplemented with recent Google Trends statistics, and U.S. Census Bureau data on in-store and online retail sales through 2019, according to CommercialCafe.

While 45 percent of respondents said they shopped online once a week before the Covid-19 outbreak, that figure increased to 59 percent as a result of the current situation. Daily shopping is up too: only 6 percent of people made daily online purchases before the pandemic while more than 10 percent do so now, according to the poll.

Bricks-and-mortar retail locations stand to lose out more in the long term. Eighty-three percent of respondents said that they are now planning to purchase products online that they would normally buy in-store. Out of the respondents who used to spend between $100 and $500 online per month before, more than 30 percent planned to increase their monthly online budgets to $500-$1,000.

Groceries, medication and pet food are the three most popular categories for quarantine purchases. Groceries were ranked by 69 percent of respondents among the top three classes of products that they are most likely to purchase online, compared to 32 percent before the pandemic.

Clothing, electronics and furniture are the products less likely to be bought online during this time. Clothing and accessories were the most important e-commerce category by total yearly sales price in 2018. Now, they dropped in interest to 37 percent of respondents, from 56 percent before the pandemic.

E-commerce sales amounted to almost $600 million in 2019, a 250 percent increase from 2010, according to CommercialCafe research.

Additionally, an international study from Paysafe offers a look into online purchasing globally. The payment company’s report finds more than half of U.S. consumers are turning to online purchases as 54 percent of U.S. shoppers are using online sellers. The study also finds 25 percent of U.S. shoppers are going online for the first time, compared with 21 percent in the U.K. and 18 percent globally.

Paysafe also said consumers are feeling more comfortable with alternate forms of payment, with 65 percent of U.S. consumers noting they have tried a new payment approach for the first time. Among those payments forms, 36 percent said they have purchased online with a digital wallet. Also, 60 percent of all North Americans stated that COVID-19 has made them more comfortable with using contactless cards in the future. 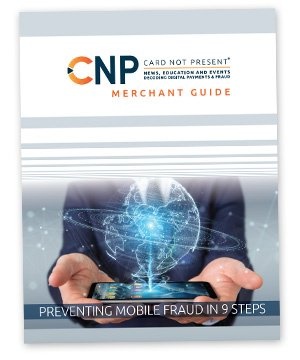