After a pandemic-fueled 2020 during which e-commerce sales grew way more than expected, 2021 figures to be another banner year for online sales growth, according to National Retail Federation (NRF) data released on Wednesday.

During its State of Retail and the Consumer event, the NRF offered an upwardly revised forecast that predicts online sales will rise between 18 and 23 percent in 2021 to between $1.09 and $1.23 trillion. Previously, NRF economists expected non-store revenue to top out at $920 billion.

“We are anticipating the fastest growth we've seen in this country since 1984,” said NRF Chief Economist Jack Kleinhenz during the event. “It takes a lot to reopen a $20 trillion economy, but in many ways it has accelerated much faster than most of us had believed possible even a year ago.”

As e-commerce sales accelerate, fraud will accelerate alongside it. CNP has partnered with NRF on its upcoming NRF Retail Converge virtual event, by programming a track of sessions that will help merchants understand and prevent issues associated with fraud and chargebacks. Registration for the conference is available now. Check out the agenda for the event, scheduled for June 21 through June 25, here. 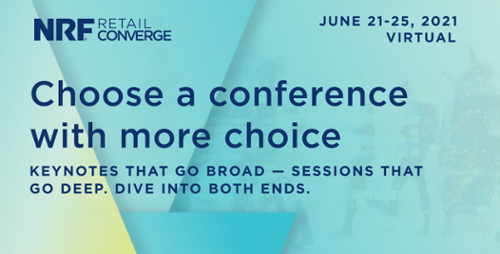