“Consumer polling by Mastercard, studying changing consumer behaviors in 19 countries around the world, paints a picture of accelerated and sustained contactless adoption,” Mastercard said in a release on the survey. “This shift in consumer behavior is particularly clear at checkout, as people express a desire for contactless and voice concerns over cleanliness and safety at the point of sale, according to the new Mastercard study.

Mastercard said the push to contactless is driven by perceptions of safety and convenience. Globally, nearly half of respondents (46 percent) said they have swapped out their top-of-wallet card for one that offers contactless. The number is even higher, 52 percent, among people under 35 years old.

“The global disruption has led to increased concern from consumers on cash usage and positive perceptions towards contactless due to the peace of mind that it provides. The majority of respondents (82 percent) view contactless as the cleaner way to pay, and contactless payments are up to 10 times faster than other in-person payment methods, enabling customers to get in and out of stores faster,” said Mastercard.

The contactless trend appears to be here to stay, too, said Mastercard as 74 percent of respondents to the survey said they will continue to use contactless post-pandemic.

“The majority of respondents (82 percent) view contactless as the cleaner way to pay, and contactless payments are up to 10 times faster than other in-person payment methods...” 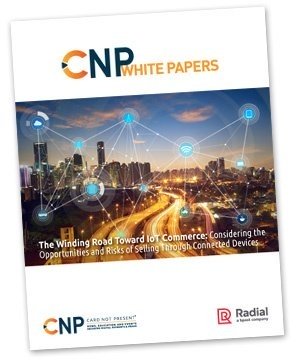