Identities are the raw material fraudsters use to commit fraud against businesses and children are a growing source of those identities, according to a new report from Javelin Strategy & Research. The Pleasanton, Calif.-based research and consulting firm pointed the finger at kids’ growing exposure to social media.

“One of the most eye-opening findings from our research was just how much risk children are exposed to when they are not supervised online. Add to that nearly 90 percent of the households with internet access say they have children on social media, and the picture our findings paint quickly becomes dark, grim, and scary,” said Tracy Kitten, director of Fraud & Security at Javelin Strategy & Research. “Predators and cybercriminals lurk in the wings of all social media platforms, waiting for the moment to prey on overly trusting minors who may not fully understand safe online behavior.”

For merchants, the identities fraudsters steal from children can be used in many different fraud attacks. One of the reasons targeting minors is so insidious is that it's more difficult to identify when a child’s identity has been used in a fraud attack. Fraud using adults’ identities often shows up sooner in a credit card statement, credit report, tax return or other document, while a child's is not attached to any of these safeguards.

Children who use Twitch (31 percent), Twitter (30 percent) and Facebook (25 percent) were most likely to experience the exposure of their personal information in a breach. The risk associated with newer platforms, even popular ones like TikTok, is not known at this time, the report said. 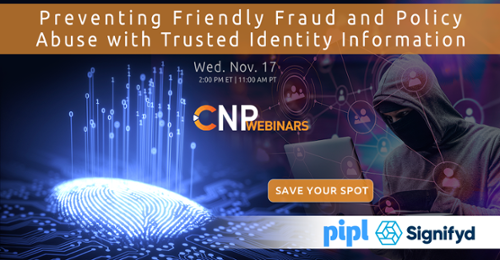