As economic indicators increasingly point to a global recession, merchants should brace for the negative impact it will likely have on fraud rates, according to a new report. In Global Recession Fraud: How Economic Downturns Impact Crime & What to Do About It, antifraud technology provider SEON examined data from the U.S. and U.K. during the last two economic downturns and found there was a significant uptick in fraud during those times.

While acknowledging there are many factors that influence e-commerce fraud, the report details how both total dollars lost and the number of online crimes reported surged in the U.S. and U.K. from 2008 to 2009 and from 2019 to 2020, the last two major global recessions.

“It’s vital businesses recognize that multiple factors drive fraud attacks, therefore elements outside a global recession can have an impact,” said PJ Rohall, head of fraud strategy & education at SEON. “However, given the correlation between a rise in online fraud and periods of economic downturn, we wanted to investigate how a recession can impact businesses facing digital fraud.”

Crime, in general, rises during recessions because people who lose their jobs become more desperate. The SEON report also notes, though, that organizations making cutbacks they think they need to survive may be endangering their businesses if they cut fraud departments or fail to adequately invest in fraud-fighting technology.

The report warns businesses that they have to be most vigilant against fraud during economic downturns. It also recommends they strengthen vulnerable departments (e.g., customer service) across their business by training staff in fraud prevention, implement strong antifraud technology solutions, check references for new staff more carefully and ensure adequate insurance coverage against fraud-related losses. 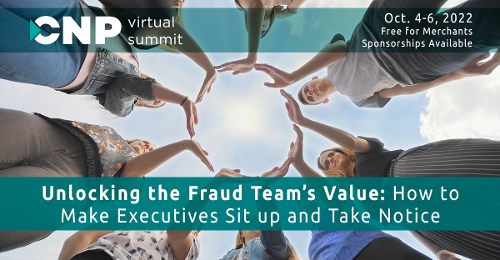