Generalists, Specialists and Fraud: A Q&A With Investigative Reporter and Author David Epstein

What are the characteristics that make a good fraud professional? In many ways they mirror those of a good investigative reporter: curiosity, a drive to make things right, the ability to synthesize a lot of information and find the patterns that lead you to an answer.

As a senior writer at Sports Illustrated in the late 1990s and early 2000s, David Epstein helped break the story that New York Yankees superstar Alex Rodriguez tested positive for steroids. Since then, Epstein has worked as an investigative reporter for ProPublica and recently wrote a New York Times #1 bestseller called Range: Why Generalists Triumph in a Specialized World.

Epstein will give a keynote address, sponsored by CNP, at the upcoming virtual event, NRF Retail Converge (register for the event here) on June 24 at 11:45 am ET.

He recently sat down with CNP Editor-in-Chief D.J. Murphy to talk about why people with broader interests and education succeed at higher rates, even though we seem forced to specialize at ever earlier ages.

CNP: Why are people who don’t specialize early often more successful than highly trained specialists? Why, for instance, might someone with a background in the arts or math or journalism be a successful fraud fighter?

David Epstein: Now more than ever, we live in a world where next steps and goals aren't always clear. Patterns don't just repeat. Work next year may not look like work last year. And those are the situations where people who are too narrowly specialized will fall prey to what's called cognitive entrenchment, where they continue to use the same solutions over and over, even when the problem has changed. And that no longer works. Some of it is just the momentum of our educational systems. Your work world changes very, very rapidly. I think it takes more time for other systems to change around it.

CNP: You’ve written about the problem of not adapting to changes, specifically in the area of medicine. What did you find there?

David Epstein: Increasing specialization in medicine has been both inevitable and beneficial. There's no question about it. And yet, it's been a real double-edged sword. There are two recent Harvard-led studies that found if you have certain cardiac conditions, and you're checked into a teaching hospital on the dates of a national cardiology convention when the most esteemed specialists are away, you're actually less likely to die. The researchers concluded it's because you're less likely to get a procedure that has been overturned by the highest level of evidence available, but that specialists have gotten so used to doing over and over—and it seems like it works intuitively—that they just keep doing it. A lot of those practices stay alive because of these very insular specialist societies that are able to block out evidence and say, “we know it works.”

CNP: You’ll be addressing an audience of fraud professionals during NRF Retail Converge. As an investigative reporter, you probably share a lot of qualities with them—after all they’re investigators. Drawing on your own experience, what qualities do you think would help a fraud fighter?

David Epstein: For sure, curiosity. When I was reporting at Sports Illustrated, we often wrote about things that institutions had investigated on their own, but not turned anything up. Reporters would come in and find something. We would see these people just were not curious enough about this issue. So curiosity is key, but I also think having an interdisciplinary approach is important. Identifying fraud involves technology, it involves psychology, it involves identifying patterns with similarities, but that change over time and have different contexts. And there's a cat-and-mouse game, when something became too common of a tactic, it changed. And then it was incumbent upon the investigators to figure out what the new thing was. So, you have to have a combination of technological and human sources. And I think the people who were really good at it didn't focus on only one part of that.

I would suggest for any investigator reading and learning more about psychology. Until I did, I think I was more prone to getting tricked by some of my own sources.

CNP: In the fraud space, don't hiring managers tend to look for people with specialized skills? If they do, should they be doing something different?

David Epstein: First of all, all companies need specialists and generalists. Like the eminent physicist and mathematician Freeman Dyson said, for a healthy ecosystem, we need both birds and frogs. The frogs are in the mud, seeing all the granular details of problems. The birds are soaring up above not seeing those details, but integrating the knowledge of frogs. The problem is, we're telling everyone to become frogs, and that's really short sighted. We end up siloed from one another.

Organizations that are usually associated with innovative performance hire people who have experiences and skills the company doesn’t have much of inside. They can coach them up on the stuff they’re best at. Whereas the ones that are kind of static and get disrupted, instead of disrupting themselves, hire exactly for what they are already best at.

And, while you need generalists and specialists, it's great to have them both in one person. There are people out there with specialized skills, who have broader interests and experiences. 3M is known as one of the most innovative companies in the world—they have 7,000 inventors on staff. They did some internal research looking at what makes some of them more impactful than others. They measured specialists and generalists by the number of different classes of technology in which inventors who had a patent in progress were classified by the patent office. There were generalists who had worked in a ton of different classes, and they made contributions. There were specialists who worked in one class, and they made contributions. But, the world beaters were the polymaths, who would have an area or two they knew in depth. But as their career went on, they would sacrifice increasing depth for breadth. They ended up with both breadth and depth, and they were the real superstars. 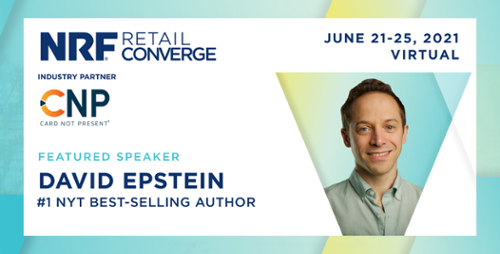