According to a new survey, members of Gen Z (around 11-26 years old) are flexing their nascent spending power and their preferred payment method for online payments will be digital wallet apps. A growing share of those consumers, according to eMarketer, are turning to PayPal, with Buy Now, Pay Later (BNPL) leading the way.

Nearly half of all U.S. consumers who made an online purchase in June 2022 used PayPal, the report said. And PayPal's BNPL offering has become the most used service in the U.S. to pay for digital purchases in installments.

PayPal was a relatively early entry in the buy now, pay later space, launching its Pay in 4 product in the summer of 2020 and acquiring Japan-based BNPL provider Paidy a year later. In June, the digital payments provider added another option to its BNPL offering.

Pay Monthly enables consumers to split large online purchases ($200-$10,000) into monthly installments of anywhere from six to 24 months. While many BNPL offerings are interest-free, annual interest on Pay Monthly purchases can be anywhere from zero to 29.99 percent.

"How consumers look to pay for larger purchases is evolving and there is a growing demand for flexible payment options with 22 million PayPal customers using our pay later offering this past year," said Greg Lisiewski, vice president of Shopping and Pay Later at PayPal. "Pay Monthly builds on our commitment to deliver leading payment solutions that offer customers choice to ensure checkout matches their needs and budgeting preferences."

As popular as it is with consumers, being relatively new, fraudsters are also taking advantage. Several large e-commerce merchants that have been early adopters of BNPL reported a new method being used by cybercriminals to circumvent fraud prevention systems and processes, and ATO has been problematic for BNPL providers and merchants. 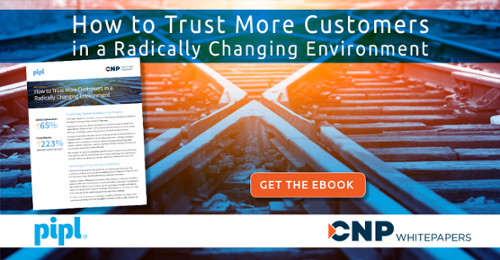