Friendly vs. Family Fraud: Is There an Important Difference for Merchants?

Payment fraud is a problem that takes many shapes. The shadowy image of the criminal fraudster using nefarious techniques to steal credit card numbers and make illegal purchases is only one of many kinds of bad actors that companies need to guard against. Another is the very consumer merchants look to for business.

That’s because consumers, or buyers, are the people behind friendly fraud, which takes place when an authorized cardholder initiates a chargeback on a legitimate transaction. A recent report from Mercator Advisory Group estimates friendly fraud losses will reach $50 billion in 2020.

Timothy Reimann is a principal with Goldwater Zullo LLC, a consultancy in Arizona with a large client that provides online voting for competitions. Casting a vote can cost the consumer money, and Reimann’s firm works on behalf of the client to deal with chargebacks after consumers cast votes and then file chargebacks and disputes with their credit card companies claiming they didn't make the purchases; a type of friendly fraud. He says friendly fraud, and the resulting chargebacks that occur because of it, is a massive problem.

“Chargebacks due to friendly fraud have become our client’s largest expense after labor,” said Reimann. “This is their livelihood. They could hire more people if this type of consumer fraud wasn't so prevalent with the related high costs to the company. Friendly fraud provides a loophole that needs to be closed—and renamed.”

In the case of Goldwater Zullo’s work for their online voting client, it is often clear to pinpoint friendly fraud because the consumer has paid to cast votes (identical purchases) hundreds, or even thousands, of times over the course of several months.

“Fortunately, we have pieces of evidence that tie them back to each purchase,” said Reimann. “Our client’s competitions take place over two months. So, we will present to the merchant bank, for example, that there was never a stolen card notification in that duration. Also, that cardholder statements were sent during that time and no suspicious charges were flagged. It’s repetitive, and exactly the same purchase across two months. It’s so obvious to prove the consumer is committing cardholder fraud, it’s almost ridiculous. Other types of merchants are not as lucky.”

As friendly fraud has grown, so too has a subcategory of this kind of fraud known as family fraud, which occurs when a family member of the account holder initiates a purchase and the account owner then claims the transaction was not authorized, and therefore wants a refund.

“Family fraud is when a cardholder commits friendly fraud to dispute a family member’s purchase,” said Mark Standfied, president of Midigator. “For example, a mother doesn’t think she should have to pay for the in-app purchases her son charged to her card. Another example would be a husband disputing a purchase he didn’t know his wife had made.”

In handling these kinds of fraud, it can take a different, perhaps even gentler touch on the part of the merchant, said Beth Shulkin, vice president of global marketing with Ekata.

“Intent behind family fraud could be far less malicious; think young adults or even teenagers using their parents Amazon account. They make a purchase without informing the owner of the account. They aren’t knowingly trying to defraud the company, they ordered that item with the intention it would be paid for. They’re actually defrauding their parents by not having asked permission to purchase on the account or potentially having checked-out with the wrong credit card or not using a gift card properly in the account. This could be true for extended family as well, instead of everyone paying for the subscription they share one, with the assumption each will have their own payment methods.”

Shulkin thinks the nuances of each of type of fraud make it challenging to address them differently, but ultimately customer experience is still going to rule the day when merchants make decisions on how to proceed with transaction disputes.

“Sometimes the best defense is a great offense, so assessing the overall customer experience across devices, can help companies streamline their good customers to increase satisfaction and demand, but also determine gaps they may have in building a secure and trusted platform that allows for checks and balances in multi-user, multi-payment interfaces.”

Midigator’s Standfied said his clients often have their own internal systems to determine how to react on a case by case basis to types of potential friendly fraud.

"Neither issuers, acquirers, nor card brands distinguish between types of fraud. Therefore, a distinction, if one was made, would have to be made by the merchant. For example, I know of a merchant who chose to set fight rules based on customer lifetime value (CLV). If a customer with a CLV above a certain threshold disputed a purchase, the merchant accepted the chargeback instead of fighting."

Consultancy Chargebacks911 recently surveyed more than 200 online, multichannel and mobile commerce merchants and found that 56 percent of respondents saw an increase over the last three years in friendly fraud. The data found 46 percent of merchant chargebacks came from friendly fraud. Sulkin thinks family fraud is on a similar trajectory.

“I think family fraud could be a growing problem as more marketplace and subscription-based businesses find families sharing accounts, with the main owner having their credit card as the primary payment vehicle,” she says. “These accounts allow for multiple addresses, multiple credit cards and payment options, and many of them allow for multiple users under an umbrella account. With that many variables there is always going to be potential for a much larger spectrum of ‘human error’ and unknown ordering, mix up in payment methods,” she said “Families are paying once for the benefits of that digital account, but introducing a lot of potential problems for themselves, and also for the businesses that serve them.”

Getting Ahead of the Fraud

Midigator’s Standfied noted past behaviors and abnormal patterns can possibly offer some insight into a transaction that may later turn out to be friendly or family fraud.

“There is only one friendly fraud warning sign that could be considered universal and that is past behavior,” he said. “Many merchants choose to blacklist customers after proven instances of friendly fraud. A family fraud warning sign that might be applicable to some business types is orders that differ from the norm. For example, buying a pair of size 6 high heels after dozens of purchases for size 12 sneakers could be a family member shopping without permission.”

Some companies offer alert services to merchants, notifying them if a customer initiates a chargeback with their bank, allowing the merchant a chance to contact the customer before the funds get taken out of the merchant’s account and settle the request with a refund instead; a much less costly way to handle the issue.  But patterns to recognize specific types of fraud before the chargeback request takes place is not yet possible.

“A criminal fraudster attempts fraud when the transaction is initiated. Therefore, unauthorized activity can often be detected and blocked before the transaction is completed,” said Standfied. “However, a friendly fraudster commits fraud much later in the purchase process. The deceit or misunderstanding happens when a chargeback is initiated, which is long after a legitimate purchase has been approved and processed. Therefore, it is nearly impossible to stop friendly fraud from happening.  Unfortunately, using pre-sale fraud detection tools to try to prevent friendly fraud will likely increase false positives and unnecessarily decline good orders.” 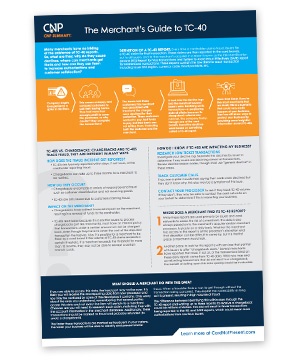