California led the U.S. in internet crime as measured by the magnitude of financial losses reported and by number of victims, according to an analysis of FBI statistics compiled by Florida Atlantic University. The Boca Raton, Fla.-based university’s Center for Forensic Accounting combed through crimes reported to the FBI’s Internet Crime Complaint Center (IC3) and found losses reported by California residents grew eight percent in 2020 to $621.4 million. The number of victims during the same time period in California grew 39 percent to nearly 70,000.

Florida, which had the second-most number of victims at nearly 54,000, led that measure on a per person basis with 2,475 crimes reported per one million in population. Illinois, New York, Ohio and Texas rounded out the top six, with Illinois the only newcomer to the list.

FAU’s Director of the Center for Forensic Accounting Dr. Michael Crain noted that the crimes reported to the FBI’s IC3 fell mainly under eight categories including non-payment/non-delivery and identity theft, which are of most importance to e-commerce merchants. Crain said in the report that non-payment/non-delivery was a new addition in 2020 because they accounted for so many more losses that year due to increased online activity during pandemic-related lockdowns.

“Non-payment/Non-delivery scams can take place either when goods or services are paid online but are not sent, or when payment is not received but goods are delivered,” the report explained. “In 2020, the number of victims increased sharply in all top states, possibly due in large part to the Covid-19 pandemic forcing people to do more online buying of goods.”

In 2020, Florida reported the most losses due to this type of crime. Citizens in the state reported losses of Florida’s losses of $27.1 million last year compared to $20.7 million in 2019—a 31 percent increase. 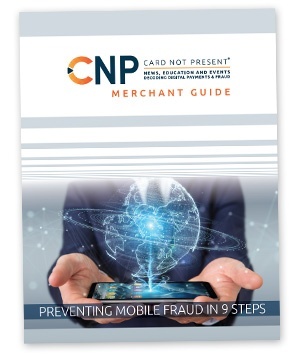