Consumers Turn to BNPL During the Holidays

Consumers in ever-larger numbers are using Buy Now, Pay Later to pay for online purchases in installments this holiday season.

Klarna, the Swedish fintech that helped pioneer the payment method here in the United States, reported year-over-year increases in transaction numbers of 124 percent on Thanksgiving Day and 132 percent on Black Friday.

PayPal CEO Dan Schulman, during an interview with CNBC, said consumers turned to its BNPL option 750,000 times on Black Friday—a nearly 400 percent increase from the same day last year. November was the first time PayPal processed $1 billion in a month via BNPL.

The increased popularity of BNPL, however, has not come without challenges for merchants that want to meet their customers’ demands. Some large e-commerce merchants that have been early adopters of BNPL are reporting a new tactic being used by cybercriminals to circumvent fraud prevention systems and processes. For a breakdown of this vulnerability, check out this CNP feature. 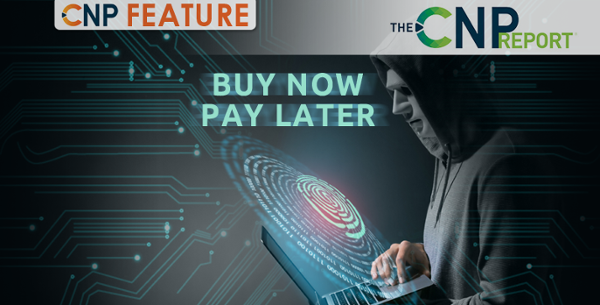