Fraud continues to increase and is costing business more, according to LexisNexis Risk Solutions. New research from the firm concludes the pandemic has prompted higher online and e-commerce fraud volumes and monetary losses because of the massive shift to online and mobile transactions during this time.

The 11th annual  LexisNexis Risk Solutions True Cost of Fraud Study: e-Commerce/Retail Edition  estimates increased fraud volumes translate into a 7.3 percent increase in the cost of fraud year-over-year for U.S. e-commerce and retail merchants. The LexisNexis Fraud Multiplier—the total amount of costs related to fees, interest, merchandise replacement and redistribution per dollar of fraud for which the merchant is held liable—shows fraud now costs companies $3.36 for every dollar in fraud chargebacks compared to $3.13 in 2019 and $2.40 in 2016. This is an increase of $0.96 over five years. U.S. costs are significantly higher than the cost that Canadian retailers face per $1 lost to fraud at $2.87.

Retailers are finding it difficult to distinguish legitimate customers from malicious bots while balancing fraud prevention with risk-appropriate customer friction, according to LexisNexis in a summary of the research.

“Some of this growth is due to increased transaction volume due to the temporary closing of brick-and-mortar retailers during the pandemic,” the firm said. 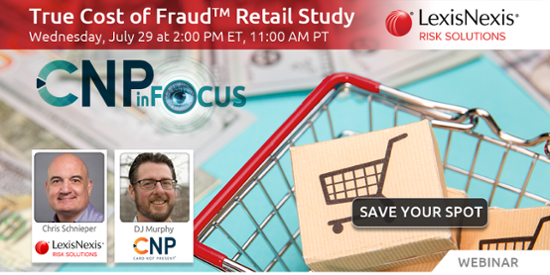