The first full day of NRF PROTECT kicked off in Cleveland today with a full agenda of conference sessions aimed at loss prevention, digital fraud and cybersecurity professionals in the retail industry. CNP, which programmed several conference sessions in partnership with the NRF, was there to cover the content. An early session on Day 1 focused on refund abuse and what retailers can do to mitigate some of the worst effects.

According to panelist Keith Thompson, senior manager of fraud investigations at Bass Pro Shops/Cabela’s, while there are many variations that comprise refund abuse, the biggest problem right now is that returns processing is backed up, but customers expect an immediate refund when they initiate the return, opening a huge gap for fraudsters to take advantage.

“We saw a dramatic increase in refund fraud in terms of people returning nothing at all, returning the wrong products or returning something that weighed the same as the original product,” Thompson said.

Nathan Niese, director of digital asset protection for Gap Inc. echoed Thompson’s thoughts and added that refund abuse was manifesting in a range of ways from the very low-tech to the very sophisticated. As an example of the former he noted than many successful fraud attempts involved simply sticking the return label to a piece of cardboard, sending it back and trusting it’s just going to get “lost in the shuffle.” And one of the more sophisticated attempts involved the criminals putting a device in the return package that erased the ink on the return label after it was sent, foiling the tracking.

Thompson stressed increased cooperation between all stakeholders in the e-commerce environment will be necessary to address the growing problem.

“As fraudsters continue to be successful abusing the refund process, it’s key that we combat this as a group,” Thompson explained. “Carriers and merchants absolutely have to work together. It has just become too easy. We’re seeing people that traditionally aren’t the criminal element involved in refund fraud because it feels victimless.” 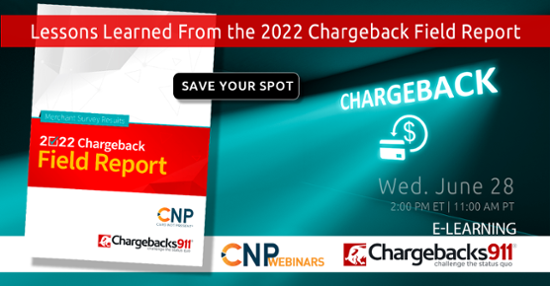