Chase said this week that it plans to shut down its Chase Pay app in early 2020.  The move means Chase customers will no longer be able to use the app to pay with their phones in stores beginning next year.

The mobile payment app, conceived largely to compete with Apple Pay, was launched in 2015. Chase officials said they see more opportunity in online shopping and will instead focus on increasing the number of merchants who accept Chase Pay through their apps, which currently includes sites like 1-800-FLOWERS and Grubhub.

“We continue to focus on our customers and they are using the Chase Pay button on merchant websites and in merchant apps, and now their tap-to-pay Chase cards more than ever,” said Eric Connolly, Head of Chase Pay. “So, we’re shifting our focus to expand Chase Pay’s presence in more merchant apps and websites.”

In an interview with Bloomberg, Richard Crone, chief executive officer of payments consultancy Crone Consulting LLC, noted the move is an acknowledgement that the in-store payment offering wasn’t gaining ground.

“All new payment types start with merchant acceptance and they weren’t getting that,” said Crone in the interview. “They’re not giving up on mobile payments, they’re giving up on the physical point of sale.”

Chase officials also told Bloomberg that the bank wants to capture a larger share of the market for digital shopping in the U.S., where spending is projected to reach $1.1 trillion by 2022. 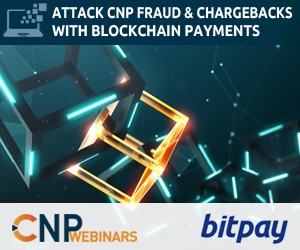