Chargeback-to-transaction ratios have decreased 31 percent since 2017 and just over 20 percent from 2018 to 2019, according to a report from Midigator.

“The chargeback-to-transaction ratio shows that payment disputes are still a major concern for merchants—especially for card-not-present transactions,” said researchers in the report. “A 2.59 percent ratio is well above the card networks’ 1 percent threshold. However, the year-over-year decrease is encouraging.”

Researchers also said that the cost of each chargeback varies and is impacted by other expenses: lost processing fees, chargeback fines, labor costs for management, and much more. However, since the largest and most easily defined loss is the transaction amount, monitoring the percent of revenue lost to chargebacks is likely the most accurate gauge of financial impact.

Transaction dispute reasons vary too, according to the report. The report looked at four different categories to classify chargebacks. The categories vary slightly based on the card brand but can generally be thought of as fraud, cardholder disputes, authorization issues, and processing errors, said researchers. The cardholder’s bank reviews each case and picks the category that seems to be the best fit for the dispute.

For the third year in a row, fraud-related disputes accounted for the vast majority of chargebacks. Also for the third straight year, the percent of disputes categorized as fraud increased. Visa fraud disputes increased by 5.4 percent and Mastercard showed a 9 percent increase. The second most common category was cardholder disputes. Processing errors and authorization issues combined accounted for less than 1 percent of chargebacks. 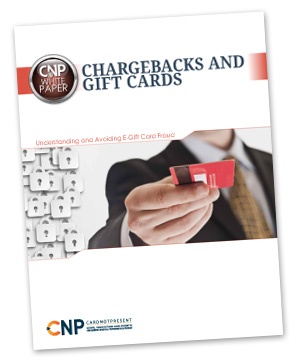