The CNP Summit, like live gatherings around the world, was unable to take place in 2020 and one of the casualties was the announcement of the CNP Awards. The awards ceremony and celebration has been a mainstay of the CNP Summit schedule since the awards premiered a decade ago.

But, judging for the awards went on through the spring and the winners were chosen as they always have been. Honorees were announced yesterday as part of the CNP Virtual Summit Series replacing this year’s in-person event, which would have taken place in San Francisco last week.

Highlighting this year’s awards was a new category created especially for early-stage companies in the antifraud technology space. Tala Security, a cybersecurity firm founded in 2016, was the inaugural winner in the category.

But, the story of the year remains Covid-19 and how organizations around the world—and the people that comprise them—are adapting to it.

“Businesses of all kinds are being forced to adapt and innovate in this unprecedented year," said D.J. Murphy, editor-in-chief of Card Not Present. "Merchants in the e-commerce fraud and payments community, facing completely new online shopping and fraud patterns, are working hand-in-hand with service providers to respond. We’ve done that as well. This year, we’re fortunate to be able to unveil the CNP Awards—the standard by which companies in this industry are recognized and judged—virtually for the first time. We congratulate all the winners and hope to see them and the rest of our community in person next year."

Here are this year’s winners:

Merchant Team of the Year: Paciolan 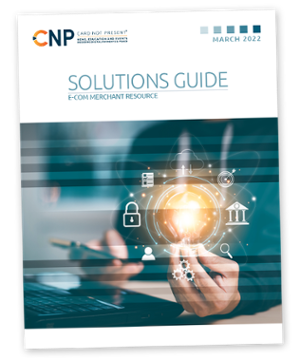