One of the changes hastened by the surge in e-commerce that came with pandemic lockdowns was the mainstream adoption of “Buy Now, Pay Later” (BNPL) as an online payment option. And now, anecdotal accounts of the emergence of the payment method as a force in e-commerce are joined by some evidence offered by a major player in the space.

Global consultancy Accenture recently released a report commissioned by BNPL technology provider Afterpay showing online spending via BNPL in the U.S. has increased 203 percent since the beginning of 2020. Forty-five million active users in the U.S. are using installment payments delivered via BNPL—up more than 300 percent since 2018, the report said.

"It's clear why [BNPL] has exploded in popularity around the world,” said Andrew Charlton, managing director at Accenture. “The platform delivers a rare ‘win, win’ in which consumers are offered a better and more economical way to pay for things they want and need. This in turn drives incredible value to merchants who acquire young, engaged consumers who become repeat shoppers."

While the appeal of BNPL to merchants and consumers is becoming obvious, the increased number of transactions from this relatively immature payment method is providing fraudsters with a new opportunity.

Some large e-commerce merchants that have been early adopters of BNPL are reporting a new tactic being used by cybercriminals to circumvent fraud prevention systems and processes. For a breakdown of this vulnerability, check out this CNP feature. 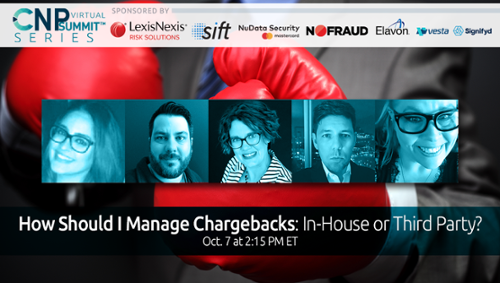